Link to this page

The Heron Hunt
Order a Hand-Painted Reproduction of this Painting

He was born in La Rochelle. After leaving school he studied for some years under Louis Cabat, the landscape painter. Fromentin was one of the earliest pictorial interpreters of Algeria, having been able, while quite young, to visit the land and people that suggested the subjects of most of his works, and to store his memory as well as his portfolio with the picturesque and characteristic details of North African life. In 1849 he obtained a medal of the second class.

In 1852 he paid a second visit to Algeria, accompanying an archaeological mission, and then completed that minute study of the scenery of the country and of the habits of its people which enabled him to give to his after-work the realistic accuracy that comes from intimate knowledge. In a certain sense his works are contributions to ethnological science as much as they are works of art. (From Wikipedia) 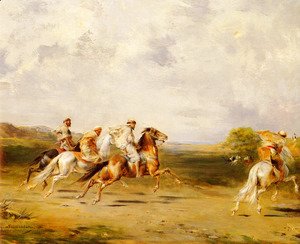 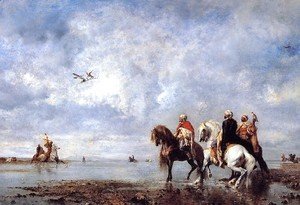 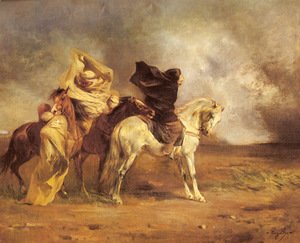 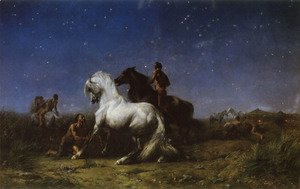 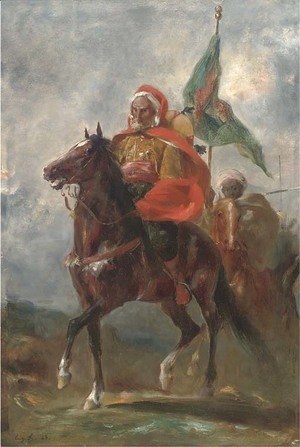 An Orientalist chieftain on horseback 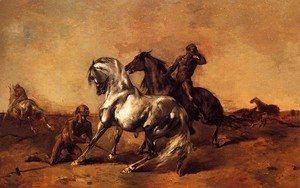 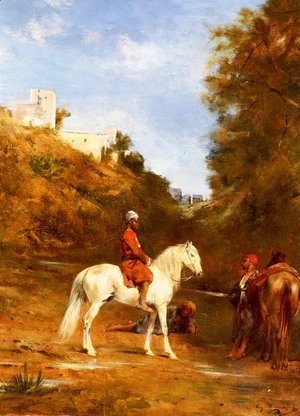 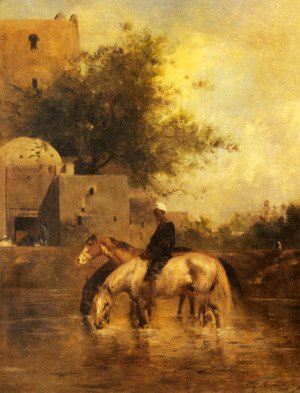 Horses Watering In A River 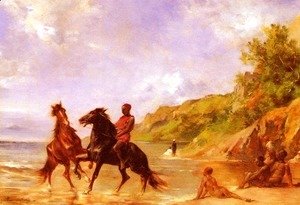 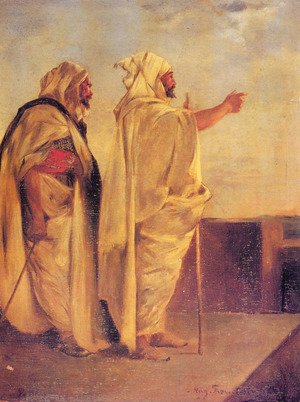 Two Arabs On A Terrace 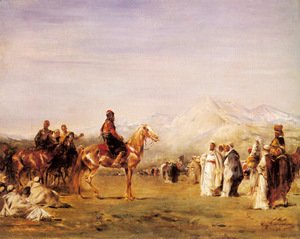 Arab Encampment In The Atlas Mountains

Report an error on this page